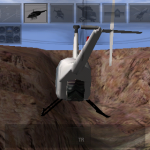 It’s Convergence, Jim, but not as we know it…

Regular watchers of my Phones Show will note that I recently did a feature on Convergence, listing ten things which my phone did that used to require separate devices – quite an impressive (theoretical) list of now redundant ancillary bits of hardware.

For my list, I pointedly used the Nokia N82, reckoning it as the ‘most converged device on the planet’ – how would the Apple iPhone hold up against this convergence list? And, more to the point, what about the ways in which it offers extra means of Convergence beyond the original somewhat-Nokia-centric top ten? Let’s find out…. END_OF_DOCUMENT_TOKEN_TO_BE_REPLACED

All about anything *but* the iPhone

Evidence of absence is not absence of evidence. Despite Apple’s non-attendance at last week’s Mobile World Congress, the event made clear that the introduction of the iPhone has had a wide-ranging effect on the industry. There’s no way that I’d say that the iPhone “dominated MWC09“, but the difference this year is that there seem to be some considered responses. Thinking 5 years from now, will Apple be considered a company that kick-started a new wave of smartphones and user experience, but ultimately got left behind?
END_OF_DOCUMENT_TOKEN_TO_BE_REPLACED

Recently, I’ve started getting loads of review requests, and I only have time to review a fraction of them. So, if you’d like to write a review for All About iPhone, you’d be very welcome. All that’s required is:

I can’t offer any payment right now because, well, this site doesn’t make any profit! But if it’s an app you’re interested in, then you’ll be able to grab a free copy in exchange for your thoughts.

Email me if you’re interested. I’lll also do a weekly round-up of apps available to review, on our Twitter feed.

[edited by Steve to clarify the bullets!]

I almost entitled this “I shouldn’t have to write this review”. Why? Well it’s not the fault of the application. ePhotos does exactly what it says it will, which is send multiple photos via email.
END_OF_DOCUMENT_TOKEN_TO_BE_REPLACED 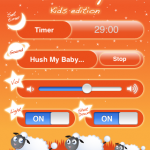 Sometimes an application just cuts to the heart of life in the real world and proves a perfect match. aSleep Kids Edition is such a program – it’s designed for one scenario and one only, but it fulfills its role perfectly, getting your baby or toddler off to sleep reliably and with you in full control, with music, light and sensible power management. 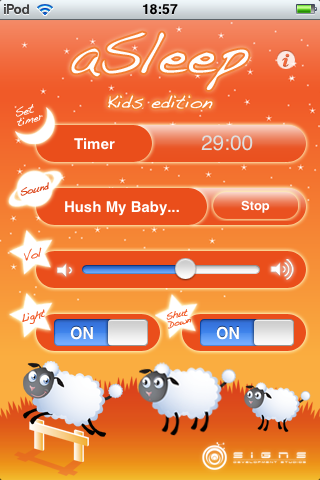 END_OF_DOCUMENT_TOKEN_TO_BE_REPLACED

Changing the colour/color* on your iPhone calendars

Here’s some instructions on how to change the colours within iPhone’s calendars.

It’s only a small thing, but it’s slight mental disconnect. Such inconsistencies detract from the overall experience of a polished device.
END_OF_DOCUMENT_TOKEN_TO_BE_REPLACED

So the Mozilla foundation have a new browser, aimed at mobile. It’s excellent news that we will have another browser entering into the marketplace soon.

Mobile web browsers are the first point of call for internet users in developing countries in Asia and Africa, truly giving people means to live and connect with family and business contacts. The mobile is also the first internet experience for many handset owners in India. There is a deeper penetration of the internet using mobile than desktop in these continents.
END_OF_DOCUMENT_TOKEN_TO_BE_REPLACED 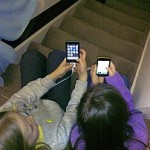 So my daughter’s best friend got an iPod Touch for Christmas. And she brought it round to our house. Whereupon a light went on in my daughter’s head and she asked to borrow my iPod Touch. Being very tech savvy (hey, it runs in the blood, you know?), she showed her friend how to browse the App Store and grab freebie after freebie. 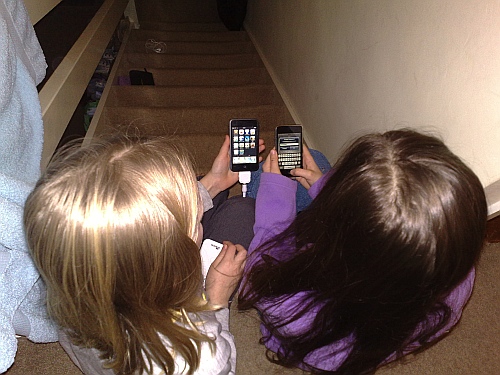 They were hours playing around.

Leaving aside the question of whether the iPod Touch (or iPhone – and either way,  the iPhone platform) can replace the Nintendo DS as a mainstream kids gaming device, lending my iPod Touch out in this way brought out some interesting observations. On the plus side, the kids loved playing the games, demos and novelties. Loved. With a capital ‘L’. The App Store discovery process itself became a shared experience for them (“Hey, search for YYYY, it’s really cool”, etc.)

However, on the negative side, I have to balance this against a number of cons that rear their ugly head when you try and ‘share’ an iPhone or iPod Touch with another family member…

END_OF_DOCUMENT_TOKEN_TO_BE_REPLACED 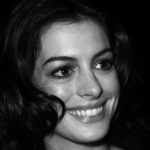 Nokia’s take on the iPhone’s innovation

No, no, not another post referencing the iPhone’s AppStore – and in any case, Nokia for one can’t be accused of going all me too on that front, since every Nokia smartphone since 2005 has had a ‘Download!’ on-device store (just not a very successful one) – what I’d like to focus on here are the innovations in the iPhone’s form factor and how Nokia and others are responding.

Cast your mind back, if you will, to the momentus MacWorld keynote at the start of 2007 in which Steve Jobs announced the iPhone to the world. The three main points which stuck in my mind about Apple’s new creation were: