Could BBC iPlayer be headed for the iPhone?

There have some been some tantalising tidbits floating around the web for a while, raising the possibility that the BBC’s iPlayer could be extended to more platforms, possibly including the iPhone.

At the moment, the iPlayer catch-up tv service is available in two flavours:

A demo video appeared in July last year showing iPlayer on the iPhone, but it seems to only have been a mock-up. If we are going to get BBC shows on the iPhone, how will it happen?

END_OF_DOCUMENT_TOKEN_TO_BE_REPLACED

More bang for your buck on O2 iPhone tariffs

END_OF_DOCUMENT_TOKEN_TO_BE_REPLACED 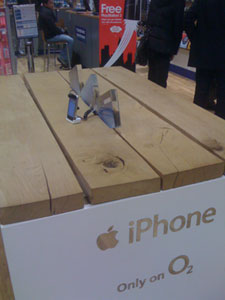 END_OF_DOCUMENT_TOKEN_TO_BE_REPLACED

It’s been interesting watching the reported sales figures for the Apple iPhone trickle out from the various networks across Europe. In each case, they’ve been healthy without really going as stratospheric as the device itself would seem to warrant. It seems to me that there are some serious price issues at work here that have hampered the iPhone’s progress.

I can think of three common scenarios:

END_OF_DOCUMENT_TOKEN_TO_BE_REPLACED

1.1.3 points the way to the future of the iPhone

It’s a bit late in the day (a compressed blogosphere day, that is) but here’s my wrap up of the rest of 1.1.3’s enhancements. I’m not going to detail all the changes. As I said this isn’t going to be a copy and paste blog, and the changes are well detailed elsewhere. I want to pick out a few of the things that others may have skipped over, and what they mean for the iPhone in the future.

END_OF_DOCUMENT_TOKEN_TO_BE_REPLACED 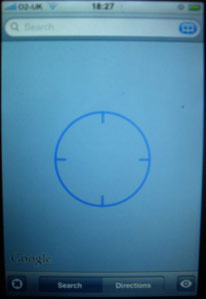 END_OF_DOCUMENT_TOKEN_TO_BE_REPLACED

Let’s get this straight, I respect Apple’s core software team tremendously. OS X and Leopard have some astonishingly smooth features, immaculately programmed. This post isn’t aimed at the guys behind the OS.

But around the core team, there are some idiots. I’ve expressed my frustration with some of the decisions made by the team behind Apple’s web page creation software several times over on All About Symbian. Making it easy for beginners to create web pages is a laudable aim, but implementing it in such a way that the user’s text is simply rendered as a huge image is crazy, inelegant and farcical. What a waste of bandwidth. And how is Google’s robot going to index these pages if there’s no text?

END_OF_DOCUMENT_TOKEN_TO_BE_REPLACED

Welcome to All About iPhone

Here we go then – buy a domain, whack up a WordPress install and Hey Presto, it’s a successful blog!

Well, not quite. Original content, good writing, and an enthusiasm for the subject make for a good read, and that’s what I’m aiming to provide.

This site is launching off the back of an article that I wrote for All About Symbian, dedicated to my current favourite shiny gadget. It isn’t going to be another copy and paste linkbait site with daily updates for the sake of it, but rather a site with a few posts a week, taking a (hopefully) more considered view. Steve Litchfield‘s also going to provide the occasional article, which I’m sure you’ll enjoy reading as much as I do.

So, I hope to see you after today’s Macworld announcements for my thoughts on where this takes the iPhone, and the rest of us, next.