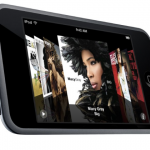 Raise a glass to the iPod Touch… and its dinner partner, the Nokia N82

You may remember this post, in which I looked at areas of functionality in which Apple are very strong with the iPhone and areas in which they really should have stepped up to the plate, evening out the gaps. Recognising that there is something of an inbalance between the functionalities of different phones on the market though, I wanted to point out that there’s another option for fans of the iPhone OS, of the superb hardware and of the App Store.

Regular readers here will know that, although having access to iPhones, I (personally) use an iPod Touch. Not crazy at all, this feature will hopefully explain one of the reasons why I’m happy with the ‘lesser’ device. The other reason is ongoing network/contract costs, but that’s another rant for another day. 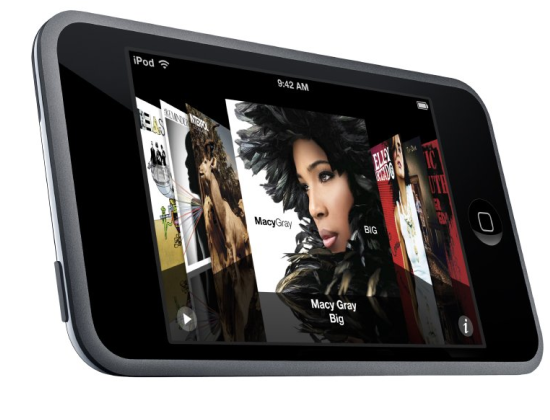 Raise your glasses to the iPod Touch

You see, for Apple fans who eye up the telephony, connectivity and photography advantages of the best of the Symbian/Nokia world, it really is possible to have your cake and eat it. Read on…

END_OF_DOCUMENT_TOKEN_TO_BE_REPLACED

There’s an interesting article on The Grauniad’s Games Blog this week. Keith Stuart discusses the buzz around Apple at the Mobile Games Forum, and the iPhone’s impact on games for mobile phones.

With the iPhone, developers have a decent Software Development Kit and solid end-hardware on which to run their code. This makes developing a lot easier, and I think we are seeing a shift away from Java and Flash-based games. As TUAW says, “iPhone is dominating independent gaming“. When developers can easily create and sell games that make US$250k in 6 months, then you are going to attract a lot of developers.

But the main differentiator is the distribution channel, which attracts the users. Or as Keith puts it:

the App Store…is a familiar, enjoyable browsing experience. It doesn’t suck the very soul out of you

END_OF_DOCUMENT_TOKEN_TO_BE_REPLACED

Just a quick one: Smashing Magazine is a great resource for web developers, bloggers, and anyone who likes design. I was emailed yesterday (arigato gozaimasu to Jason) that SM had recently presented 100 really beautiful iphone wallpapers/. There are some really stunning images available.

Carnival of the Mobilists 158

There’s another cracking Carnival this week at VoIP Survivor. Apart from another contribution from Steve, my personal favourite was Jonathan Greene wondering if Palm’s Synergy is a game changer. He observes that:

Sync is just too damn hard and even when it works well across systems you typically end of up data that’s intermingled poorly.

Absolutely. I’ve had some utter balls-ups trying to sync stuff before, not aided by prompts such as “Are you ready to accept changes?”, without any of those changes being identified. And I’ve certainly found it as well with my iPhone. Syncing to iTunes works like a charm, but things got a bit screwy when I allowed iTunes to sync to Gmail as well.

The commenters to Jonathan’s post expand on the difference between sync and aggregated view. Perhaps phones should stop trying to sync, run an embedded web server instead, and interact with them through a browser? Much simpler.

This and other excellent articles are available at: http://blog.radvision.com/voipsurvivor/2009/01/26/the-carnival-is-back-in-town-carnival-of-the-mobilists-158/ 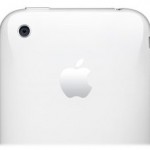 Apple hardware – Love it. Apple software. Love it. Hate it.

A note of interest to committed readers to All About iPhone: I didn’t actually own a Mac until about four months ago. Not that owning a Mac is a prerequisite to owning an iPhone, but the two do go rather well together.

The thing I wanted to talk about here though was my enormous appreciation of Apple’s hardware. Until one owns a Mac or Macbook or iMac or iPhone, you can’t really understand the apparent fanaticism of Apple fans. Yet, once bought – at roughly twice the price of the equivalent spec PC (in the Mac’s case), the difference is obvious. It was like scales falling from my eyes when I handled my first (loaner) Macbook last spring. And then bought my own Mac Mini. And iPod Touch. Apple’s hardware is (more or less) uniformly excellent. With a capital ‘E’.

Not that their software is shoddy. Oh no, Mac OS X is quite an achievement. As is iPhone OS ( a cut down OS X) in its own quirky little way. But, during compilation of my last Phones Show, it became apparent that, in my eyes at least, there’s something of a disconnect between the flagship excellence of Apple’s hardware and the flagship-wannabe patchiness of their software. But before branding me as a ‘heretic’, read on… END_OF_DOCUMENT_TOKEN_TO_BE_REPLACED

Carnival of the Mobilists 157

A thoroughly excellent Carnival is available this week over at mjelly, including Steve’s post on the fullness of his iPhone.

There are two stand-out articles for me:

Dean Bubley thinks that the mobile industry is being insufficiently pessimistic about 2009; and,

Tomi Ahohen has a masterful essay on Nokia phones as incredible convergence devices. 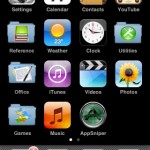 I started out well with the AppStore, neatly organising my third party applications into categories: games, utilities, reference, music, and so on. No sweat, I thought. A slight problem when I wanted to get from home screen number 1 to home screen number 9, but at least there’s that handy shortcut (press ‘Home’ again) to get back to screen 1 since the last firmware update (2.2).

Then each category started to fill to overflowing. Meaning that applications spilled out onto the next home screen, polluting it. A month later, I’d reached the point where I’d lost control completely, with the first four applications screens now chock full and no blank ‘slots’ in sight for new apps.

Another month on and all the one hundred and forty-odd app slots are full. And only another 14,950 applications left on the App Store to install. Err……

Read on for an (illustrated!) solution to the problem.

END_OF_DOCUMENT_TOKEN_TO_BE_REPLACED 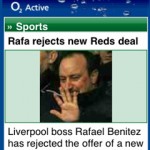 Tip of the hat to reader Gerry for this one. Previously, I posted that you can retrieve your O2 account balance by sending a blank text to 21202. This sends back a text with your remaining minutes and text until your next billing date. It also sends back a WAP link to your account balance page. This was inaccessible to iPhone users, as Mobile Safari is not WAP-capable.

Now, it appears that O2 have made that link accessible.
END_OF_DOCUMENT_TOKEN_TO_BE_REPLACED

All About iPhone launched a year ago today. Since then we’ve gone from zero to almost 15,000 visitors a month.

This is thanks to the hard work of our contributors – Steve, James and Jim. Many thanks to them. And thanks also to you, our readers. I hope we’ll continue to bring you interesting stuff in the future.

If there are any improvements or changes you’d like see, do drop us a line.

Thanks and best wishes,
Matt

As a web developer I’m always on the lookout for quick, easy ways to implement code written in XHTML and CSS on the small screen.

Of course, now there are plenty that appear on delicious or digg. However, one I keep sending colleagues to is over at ‘Woork’: Tips to design your site for mobile devices.

It has the easiest to follow steps showing how to get your carefully hand coded web pages to work seamlessly on mobile devices, such as the iPhone.
END_OF_DOCUMENT_TOKEN_TO_BE_REPLACED