Anyone who’s played Flight Control will get a strong sense of déjà vu when they see TaxiDrive in action. In fact, I assumed it must be the sequel to the hit air traffic control game. When I realised it wasn’t, the next thing that crossed my mind was ‘Rip off!’

However, after installing and playing it for a while, it’s clear that although the developers were undoubtedly ‘inspired’ by Flight Control and it contains a hefty dollop of its DNA, TaxiDrive’s different enough to warrant a place in the App Store. So, how does it ‘fare’?
END_OF_DOCUMENT_TOKEN_TO_BE_REPLACED

[My friend Jason sent me his thoughts on a little game he really likes. People’s reviews and opinion prices are always welcome!]

Matt, I came across an app and thought you might like a quick review. It’s for a card game called Speed Fiend. It’s simple to play yet good fun and highly addictive.

The object is to get rid of your cards before your opponent. You both start with 22 cards, 5 of which are turned face up.The remaining cards form 2 discard piles with 2 of the cards face up.
END_OF_DOCUMENT_TOKEN_TO_BE_REPLACED 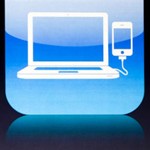 Unofficial tethering with O2 – a word of caution 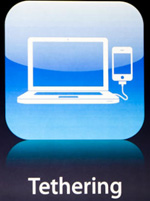 Are you all upgraded to iPhone OS 3.0 now? Good. Then you’re probably aware that the new firmware allows you to tether; that is, use your iPhone’s data connection to provide internet access to a computer (via Bluetooth or USB). It’s been possible to do this for quite a while on jailbroken iPhones, using apps such as PDANet, but to be honest the experience has always been slow and flaky. Having it built into the iPhone’s own operating system makes a lot more sense.

What doesn’t make sense is O2’s pricing. If you want to tether, O2 would like £15/month for 3GB or £30 for 10GB. That’s a lot of money, especially when you compare it to say Three’s offer of £15 for 15GB/month. And also when other phones can effectively tether for free without having to pay O2 extra.

Wouldn’t it be nicer to tether easily for free? Of course it would, and you can. But be aware – I believe O2 are able to monitor unofficial tethering with little effort.
END_OF_DOCUMENT_TOKEN_TO_BE_REPLACED 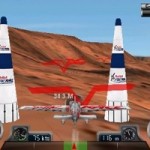 Matt recently introduced the idea of the Three Word Wrap (a quick 3 word review), so I thought I would do a three word wrap for Red Bull Air Race World Championship and then explain myself. So here goes:

You might think that’s an obvious one and in a way it is, but there are valid reasons for me saying that.

END_OF_DOCUMENT_TOKEN_TO_BE_REPLACED 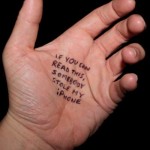 If you can read this… 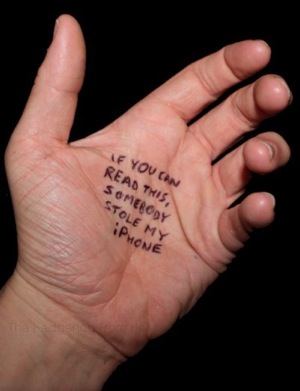 All credit to The Hedgehog From Hell over at b3ta.

iPhone 3G to 3G S on O2 – upgrades and insurance

Have you heard? 😉 There’s been a bit of discontent about O2’s attitude towards existing iPhone 3G customers who would like to upgrade to the new iPhone 3G S, which is due to be released in the UK on Friday.

There is no special upgrade deal available (unlike AT&T users). When the iPhone 3G came out last year, existing iPhone customers on O2 with original (2G) iPhone were allowed to break their contracts and upgrade to the new device. No such joy this time.

So how can existing O2 customers get an iPhone 3G S now?
END_OF_DOCUMENT_TOKEN_TO_BE_REPLACED

The BBC on the future of iPlayer on the iPhone

Yesterday, there was a Twitter chat with Jason DaPonte, managing editor of BBC Mobile. Macworld and Electric Pig have reported on this, including responses to a couple of my tweets. But they missed out a few details, and didn’t mention some questions that went unanswered about the future of BBC iPlayer on the iPhone and iPod Touch.

END_OF_DOCUMENT_TOKEN_TO_BE_REPLACED

Apple have announced the iPhone 3G S, and O2 have released their pricing for the phone, which will be available from June 19th.

If you’re thinking about getting an iPhone deal with O2, there is a page on Martin Lewis’ MoneySavingExpert site that looks at the monthly tariffs. But it’s well out-of-date now, so I’ve put together a quick guide highlighting the total cost of ownership for the new iPhone.

So whether you’re looking for Pay Monthly or Pay As You Go, read on for the cheapest way to get your hands on Apple’s shiny mobile, short of nicking it!

UPDATE: There are also articles covering iPhone deals with Orange and Tesco Mobile This article was last updated on January 7th, 2010.

END_OF_DOCUMENT_TOKEN_TO_BE_REPLACED 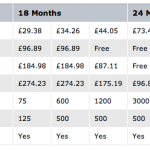 Has O2 UK pulled a #totalfail with iPhone 3GS pricing?

The WWDC Keynote is done. Thanks to macrumors.com, which has the best coverage optimised for Safari on the iPhone. There was plenty to look forward to in the Keynote, and not just for the iPhone. I was a bit surprised they didn’t demo video editing, but all in all, good stuff. Voice control, not just voice dialling, looks excellent. More details are of course all over the web – try Engadget for starters.

So no massive surprises, until I checked out O2’s responses on Twitter. Oh dear O2, oh dear.
END_OF_DOCUMENT_TOKEN_TO_BE_REPLACED

Have you heard? Reading this blog, you must have. It’s almost here. The keynote of Apple’s Worldwide Developer Conference, and the third significant update to the iPhone’s hardware and software, is just a few hours away.

But (take a deep breath) if there’s one thing that watching Apple has taught me over the past few years, it’s this: